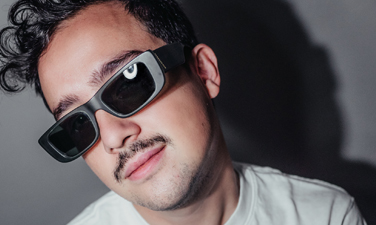 Mr. Pig is no stranger to the industry, although his team has waited until recently to work their way into the United States dance music scene. In 2015, Daniel Bautista made the transition from being a full-time chef into a full-time DJ after years of working towards defining himself as an artist. While his immediate family had fared well in the pop music scene, the electronic music world always appealed to Bautista. Since his debut, he has established himself as Mexico’s #1 DJ, #76 on DJ Mag’s Top 100 DJs, and secured over 1.5 million monthly listeners and 115 million streams on Spotify alone with support from industry strongholds such as Tom & Collins, Gordo, Dimitri Vegas & LikeMike, Sevenn, Claptone, Deorro, and Acraze. Mr. Pig’s 2020 single “Blue Dreams” hit the top of the dance charts- receiving over 33 million streams and becoming the first Mexican dance hit in Mexico’s history. The Mexico City-born DJ has seen some of the biggest stages in the world including Ushuaia Ibiza, Beyond Wonderland, Gordo’s Taraka: Rosarito, ADE, and shows across Madrid, Barcelona, India, London, Amsterdam, Florence, Dublin, Berlin, and more. Mr. Pig also remains a Tomorrowland staple since his debut as the first Mexican booking at the festival in 2018.

Ultimately, Mr. Pig’s dream is to put Mexico on the map and prove that there are talented producers coming from places aside from Europe and the US. He shares, “I want to bring Mexican electronic music to the global stage and eventually play events such as the Olympics, the Superbowl, or World Cup. I want to prove that Mexico can produce the same level of talent in the electronic music scene, if not better.” His label, Holy Pig Records, is the largest independent dance label in Mexico and boasted over 100 track releases in its first year. Their team focuses on bringing in rising Mexican artists, so they don’t have to seek out European or United States’ labels in order to see success.